Pieces of 8 Publishing has launched a series of international songwriting camps in London, in association with Grand Cru Studios. Artists who participated in the Spring 2017 camp, included Alexander Oscar (Sony Denmark), Jodie Abacus (RCA/Ministry) and NOEP (Sony Sweden). They were joined by writers from Pieces of 8, Warner/Chappell, Sony/ATV, Imagen and Universal Music Publishing.

Today marked the end of the first camp. The 4 day event took place on Pete Townshend’s iconic Dutch Barge which has been converted into a beautiful recording studio.

We will be hosting another camp in the Autumn so please get in touch for further information. 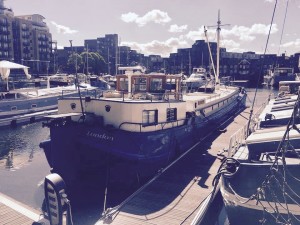